← back to
Dirt Crew Recordings
Get fresh music recommendations delivered to your inbox every Friday.
We've updated our Terms of Use. You can review the changes here. 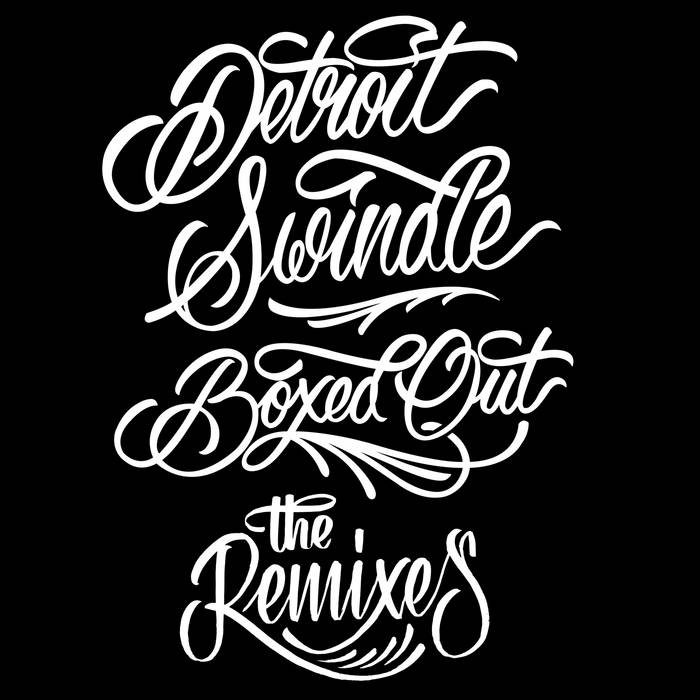 After the very successful "64 Ways" Ep that we released earlier this summer we are ready for more Detroit Swindle "Boxed Out" goodness. The boys have selected some of their fave producers to Lay their hands on four originals from the album.

First up is Mr. Freerange himself, Jamie Odell, who delivers a typical deep and fresh sounding reinterpretation of B.Y.O. under his Jimpster moniker. It's a true house jam as only he can build it wit a great "Live" feeling. This is followed by MRSK from Sweden who you might know from his excellent releases on "Rush Hour", "Skudge" or "Sushitech". He boosts the banging "He's Just This Guy, You Know?" to even higher levels with a raw Disco and Funk infusion.

The B side opens with Germany's finest "Cuthead" who has just released his debut album on "Uncanny Valley" and who has been a huge inspiration to the boys in the past years, we are very glad that he drops his great skills on the smooth "Me, Myself & You" track.
Closing off is non other than legendary Baltimore producer Karizma aka Kaytronik, it's a great honour for us to have such an influential producer on this EP and his take on the album Hip Hop jam "For The Love Of..." is something special. Crystal clear Techno/ House beats with deep subs and the cut up vocal from the original turn this remix into something very special and timeless.